Physical training is a hobby and passion for many people, both men and women. However, high-risk sports seemed to be the only men who had the courage to complete the race. But 11-year-old Japanese girl, Juju Noda, is the first child racing driver in the world to drive a standard FIA Formula 1 race car.

Professional Formula 1 racing tournaments are often the playground for male racers with years of experience. But in the age of feminism, we witnessed the increasing participation of the shadow ball in the dangerous subjects for men. Recently, the fact that an elementary school girl participated in the first professional racing village has attracted a lot of public attention. So who is this girl? 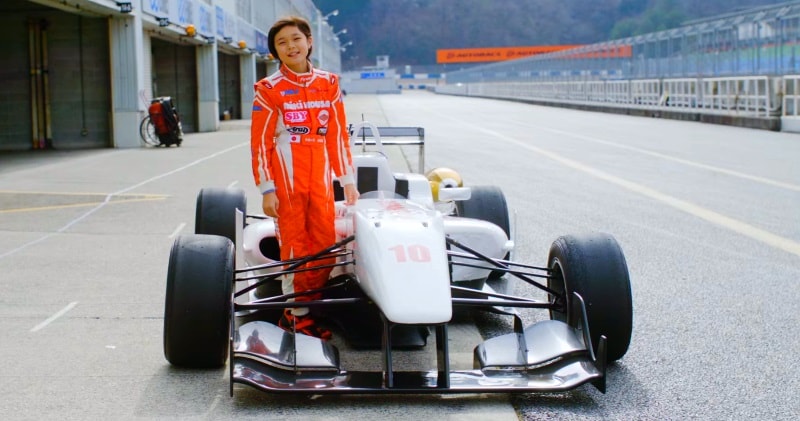 Juju Noda (11 years old) is considered the first child racing driver in the world to participate in the F1 Formula 1 racing car. She is the youngest athlete to sign a professional racing contract with special privileges. But she is still not old enough to join the race until she is 16 years old.

Local tournament commentators commented that her talent was extraordinary and rare. So what about her makes other people curious and interested. Therefore, when asked what her goal in the future was, Juju did not hesitate and answered immediately, “I want to win F1 (Formula 1) and be the first girl to do it that”.

Possibly the talent and speed passion of Juju was inherited from his father, Mr. Hideki Noda, who was also an F1 driver, discovering and encouraging the girl early on. He helped her participate and broke the record of Formula 4 racing at Okayama International racecourse with a time of 1 minute 32.8 seconds, in the U17 category.

No one expected a girl weighing less than 30kg can drive a racing car with 4 times the weight of the body. Previously, Juju had cried because of not strong enough and stamina to handle the steering. But Juju has taken that as a stepping stone for a long step forward in the future. After all, since she was 3 years old, Juju tried to drive a small race car, and more recently, she won almost every race she attended. Therefore, when asked to join the F4 race, Juju did not miss this opportunity.